«Hajlafat Shinui» (exchange of changes) is an homage to artistic projects that contributed to political changes and abolition of the dictatorships in the southern countries of South America, which is offered as an inspirational model for cultural agents in Israel today. Activist practices are highlighted in the works installed in the gallery space by the use of crossed and layered maps with illustrations of the struggles, by placing their stories on a walking tour from the factory (art) to Paris Square (protest), and by a lesson in the gallery.
The intentions of the project are didactic: to give and receive information about artistic activism. Artistic research began with demonstrations in Balfour, and now, the question of what comes next is turned to the audience: «Please share with me a similar story, a story from here that might give me hope.»
– Irit Carmon Popper

Part of the project «What happened yesterday», which places a tribute to artistic activism from the South of South America in Jerusalem, merging times and territories as an offering of hope to Israeli cultural agents. The project took form as visual and audiovisual works, participatory tours and activities. 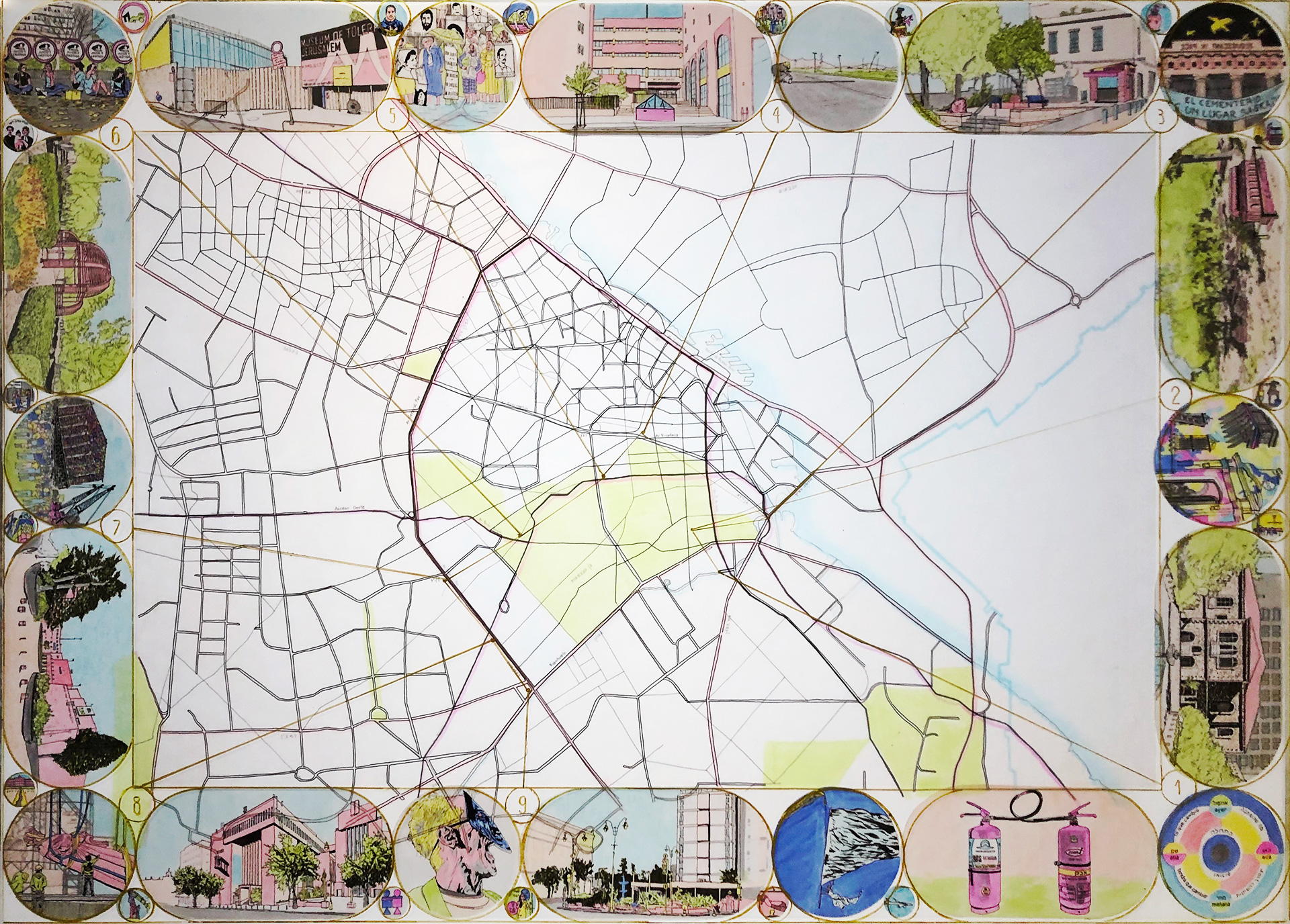